Will Democrats and Republicans Agree on Immigration Reform?

Will Democrats and Republicans Agree on Immigration Reform? 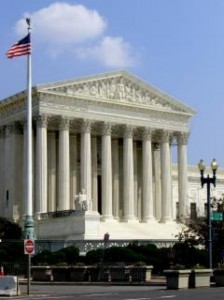 Both Democrats and Republicans agree that America needs a solution to the illegal immigration problem, but each party has a different opinion on the new immigration reform bill, a measure to eventually grant citizenship to the 11 million undocumented immigrants.

Democrats believe undocumented citizens should be able to obtain citizenship if, after ten years, they register, pay taxes, do not received government benefits, and have no severe criminal records. They agree that if illegal immigrants are able to fulfill those requirements, then their citizenship will not be considered amnesty.

Republicans stress the importance of one criterion—to tighten border security. They claim that we would not have such a serious immigration issue if we had enforced border security back when illegal immigrants were 3 million, much less than what we have today. Some say they cannot agree with the immigration reform bill proposed because although they claim border security will be bolstered, it may not be actually enforced.

Although both parties may not agree with each other’s points, they both agree that something needs to be done about illegal immigration now.